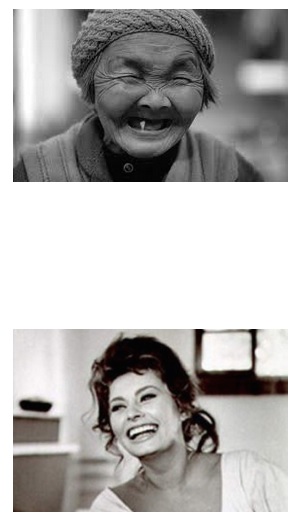 Laughter is the highest rush that you can have to Spirit.

Laughter, uncontrollable and visceral, is a frank appreciation to the beauty of the moment.

With art we can not reach the truth, understood as perfection, God, enlighting … but we can approach it through the refulgance of beauty, that beauty that goes far beyond the common standards.

We believe that a deep and pure approach to beauty is the solvent for all kinds of harm.

Laughing we strip off what afflicts us and let us exalt what shines inside us.

Laughing is positive and effective as a sneeze; quick and liberating.

That laughter improves the blood is true, because it oxygenates it.

Laughing is an help, temporary – and in some cases is the beginning of solutions.

The very word “spirit” means (in our lenguage) either the spirituality, the sacred, the “Spiritosita” (wittisicm), humorous spirit.
A “humor spirit” person is to be considered like a spiritual person, to us. Because instead of to care much of statues and scriptures, the humor spirit get to stimulate in a living, direct and involving way, the spirit, then the very soul of those close to him.

In places of Africa, the missionaries go to bring that is needed.

In some parts of India, the missionaries go to care-up where society, otherwise does not reach.

We want to bring the spirit (of humor) where it is needed, because … “not only by bread mans does live”.

Then, if we fail to rejoice you… I heard that a study about brain has shown that laughter, sneezing and yawning, are affecting the same brain area than orgasm does.
So, if looking at us, you will find a yawn of boredom, it would be great if our belive it is, from us, a timid attempt to give you enjoyement …

But let’s see now how this company started.

The company “Gli INVERS” (the Opposites) borns from a breakfast at a time that, for the most, would be considered higly inadequate. But we know that perfection is always lurking and often comes when we least expect it.

Sasha and Jorik meet, on that time, close to Grosseto, a tuscany’s city.
That summer they had met several times, in various gatherings of artists and events. The togetherness was started.
On that occasion, however, Jorik was over there, following (pehaps taken from mystical crisis) a group of researchers of alternative medicine.
During a week of intensive course, at the limit of human endurance, between talking and curative proverbs, Sasha joined her.

Having reached the interval between summer and winter seasons, they decide to take it easy, and like two good citizens, they choose to take a tour of citys, taking advantage of the versatility of their camper and the common direction that wanted them both heading to north.

After a fair break to Petriolo termals, they continue towards Siena.

On the way Sasha takes the Scare Of His Life, becoming fuchsia face, realizing suddenly to be traveling from long without the water radiator cap.

They get to reach Siena in the evening of September 21.
Get for a stroll up to in the great square of the Palio, talking for more than three hours, while trying to understand the complicated operation of the above clock.
We salute in that square the arrival of the day 22, still unaware of its significance.

The evening passes between laughter and various revelry, getting late at night.

They wake up as only the revelers know, thanking life for the good time, but with the shadow of an existential crisis, which makes Jorik confess that it is ages that she would whont to be part of a company:
– Too much time as a single artist,
– The need for bigger projects,
– A collaboration with Francesca Mari, ended prematurely because of a contract in London …
Sasha, knocking her there, munching on cookies, says that he would like starting company …
Jorik, among the crumbs on the table, remembering the many times that artists “it says so”, try not to get herself illuded, BUT this time SHE WAS WRONG.

… Something was allready started … and they, continued to be unaware of this until at least January 2015, they actually booded in incubation … ..

Why until January?
Is it the time it took them to recover from that evening in Siena?

Maybe yes.
And also, increasingly well together they have begun to advertise their shows in the same organizer’s mail. And there they realized that it was actually happened.

“Believing in your own projects is, often, like believing in astrology: says Jorik”

“… Many times I have taken care of projects, even whole nights, set up networks, made all possible to garant artists, book theaters, rehearsals, costumes … and there was no actual persistence over time. “But thinks, when has to becomes, they become. “

Whether you will it or not, when ti is time situation run by themself.

And becose of it, for bestow honors to “Fate”, to “Lady Luck”, to the Astrological discipline, to the “God of Life”, the Greatness of the Case (which is never truly random), we have decided, as artistic representation, to post here the sky map, of that magical moment that whent by so silent, but inexorable. 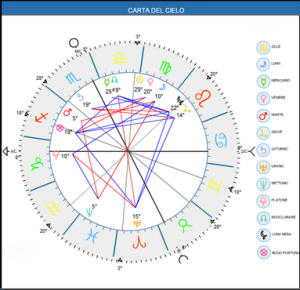 We are independent artists.

All the expenses we have it is up to our personal pockets:

we provide in person to:

specific research on materials and effects.

There auto-produce or “go hunting”, personally, for our costumes.

Always independents, we research art of makeup and advertising graphics.

We are carrying out a particular MEDIC-ART research

(We do not know if whether there has previous reserch about it) To merge the show with holistic therapies in a direct, indirect and subliminal way. The holistic training costs are very high for our finances, but the attempt to improve the individual viewer in his deep state, for us, brings a charm and an immense importance, like as you can open a new door for  that indefinable that humans kind stil not knowing how to orient them selfe, since long, from the depths of time.